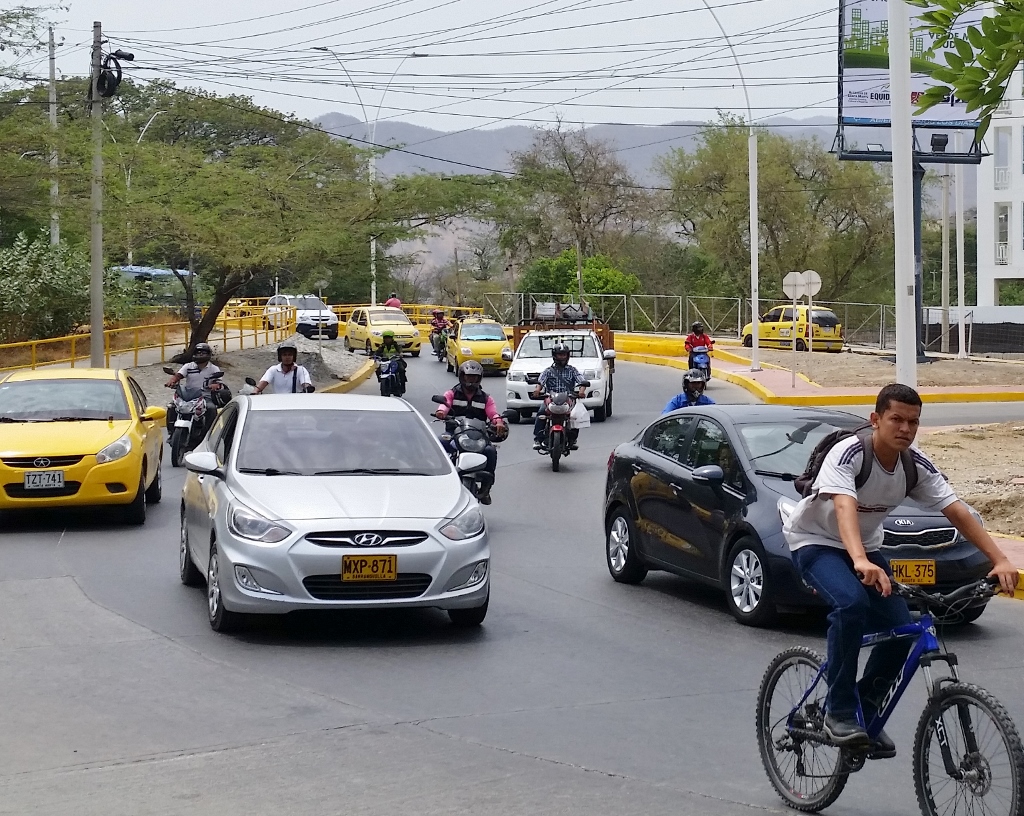 The minibus, as expected, pulled out from the curb without looking, just as my 12-year-old was passing on her bike.  I could see her calculating as she was squeezed out into the tangle of cars and motos: should I speed up to pass, or slow down to drop behind?  (This is a legitimate question here, as the ancient, door-always-open minibuses are not known for their speed.  Their eye-watering exhaust and low ticket price, yes.  But speed, no.)  She sped up.  But so did the minibus driver, drag-racing my precious little heart-fragment on the traffic-choked streets of this crazy town.

The idea of a bike tour didn’t sound ridiculous at first.  I have so many questions about this town but there aren’t enough tourists to make walking tours a thing.  Besides, it would be a leisurely pedal through the calm calles of the historic district.  I mean, anything else would be loco in a country where “one-way” is discretionary and the left blinker means not “I’m going to turn,” but “Hey, it looks safe to pass me on this single-lane blind curve right now.”

After a brief ten minutes in the mellow centro historico, our guide announced our next destination: a site six kilometers across town. At rush hour.  Through traffic circles of death and stop signs that apparently only gringos can see.  We pedalled with city buses who insisted on dropping passengers exactly where we were passing, moto drivers weaving around us, and entire fleets of cars whose side mirrors missed our handlebars by mere centimeters as they turned — without signalling, claro — in front of us. 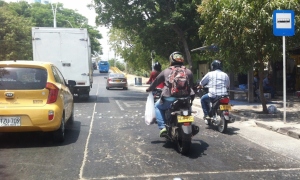 We started with the gallows sarcasm early.  “Gosh, all this fresh air is great,” Jenn yelled through the clouds of exhaust.  “Wow, these wide, well-marked bike lanes are so helpful!” Eric hollered as a bus squeezed him literally into the curb.  “Of course we’re running the red light,” I howled as our guide did just that, “because that just makes this more fun!”

Jack was brave at first, as a kid-sized person on an adult-sized bike, especially since he graduated from sidewalk- to street-riding only last year.  And that was in orderly, rational San Diego. But out by the now-crumbling city soccer stadium, he plopped down on the curb and informed me in tears that he Just. Couldn’t. Do. This.  Far from home and already in motion, I am ashamed to say that I fought his declaration.  Of course he could do this.  He didn’t have a choice.  But pep talks and bribes were no use on a child who knew, deep in his heart, that this was a stupid and reckless plan and his mom had lost her mind.  With time and the strength of his boycott, we compromised: he spent the rest of the tour perched on the back of the guide’s bike.

(This is where you may begin wondering why I didn’t just get in a taxi and take my poor, terrified child home, and what kind of horrible mother I am, and whether you even like me because I am clearly insane, or neglectful, or possibly both.  In hindsight, I wonder the same things.  But inertia is a powerful force and chickening-out has a high social cost and I’ve really only aimed to be the world’s okayest mom.)

The rest of us did not have the luxury of clutching the back of someone who appeared to know what he was doing.  And apparently quitting was not an option either.  So we went kamikaze.  We embraced the ridiculousness, threw ourselves into the fray wholeheartedly, started pedaling with a “yeah, just try and cut me off, jackass” attitude. 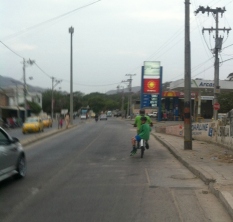 There was a sudden, marked uptick in both the number of drivers noticing us, and in the centimeters of gap between our knees and truck hubcaps. Drivers stopped when we hurtled determinedly past, instead of trying to squeeze through the ten-foot gap our tentative style had left between riders.   As soon as we conformed to their rules, their culture, the honking diminished and it actually felt safer in a strangely demented way.

In hindsight, this experience held in microcosm so many attributes of this six-month journey.  Our willful blindness to the potential downsides, as though the risks don’t exist if we don’t think about them.  The rose-colored glasses through which I see opportunities — of course this will go well! — despite the data and the odds.  The difficulty of changing direction while already in motion, even once it is clearly A Very Bad Idea.  My children’s incredible bravery and go-with-it-ness for our schemes, and their even-more-precious courage to stand up to me when I’m making the wrong choice.  The shame in realizing my children are sometimes more clear-eyed, more adult than I am.

But also the power of flinging yourself in, even when it’s scary: go big or go home, balls-to-the-wall and the slogans from a thousand inspirational posters.  The rush that comes from surviving something difficult, something you quite honestly weren’t sure you would.  How the scariest, ickiest and worst experiences make the best stories later.  Those lessons were there, too.

At the end, we celebrated our survival with high-fives, street food, cocktails and milkshakes, and I told my children that I would NEVER EVER ask them to do something that reckless again.  To which my wise(-ass) daughter replied, “Even if we never have to do a deadly bike tour through Santa Marta again, I’m pretty sure you’ll sign us up for something else stupid and dangerous again soon.”

She knows me so well. 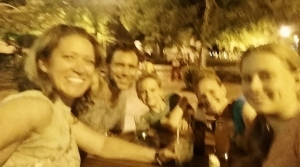