There are, to American eyes, five seats in Cero’s Land Cruiser: a driver’s seat, a passenger seat and a bench seat for three in the back comprised of ripped leather, wayward springs and rusty exposed bolts.  This being Colombia, however, nine of us squeezed into his vehicle to tour the mountains above Santa Marta, one of the most biodiverse regions of the world.  This situation caused delight of our entire family who eagerly gave up interior spaces for a nine-inch stretch of the back bumper.  According to Retta, bounce-careening up the unpaved jungle road was, “LIke a roller coaster but without all those pesky safety measures.”

Our home base was Minca, a small village and haven for bird-watchers and extranjeros seeking to escape the heat, dust and bustle of the coastal cities.  Minca is an in-process experiment testing what happens when a long-settled village is suddenly flooded with tourists.  This weekend, the population seemed split 50/50: half original residents living in cinder-block house-itos with laundry flapping and half-naked kids and chickens wandering in the dirt road out front, and half newcomers (both Colombian and extranjero) opening “organic” juice stands, “French” bakeries and brightly painted hostels.  Packs of Colombian men leaned on ancient Jeeps or muffler-free motos in the main square, waiting to take North-Face- or hemp-clad foreigners to the waterfalls or a native holy site or back to Santa Marta.

Just nine years ago, Minca was off-limits, with the military, paramilitary and FARC swooping in and out, fighting during the day and then all coming into the one bar in town in the evening to drink together.  The cement wall in front of the police station is pocked with bullet holes.

Of course, this version of Mincan history comes from our Irish hostel host, a man who reinforces the stereotype of his countrymen, which is to say, he doesn’t like facts to get in the way of a good story.  My kids were befuddled by him in the beginning, as he asserted that the North Star is in Orion’s belt, and that Captain Cook was a famous pirate.  But soon they were rolling with it, nodding politely at him and leaning in to whisper to me, “That’s not true, right?”

We went bird-watching, an activity I have traditionally found unappealing.  I need neither more checklists nor complicated naming conventions in my hobbies, having a normal life that provides ample of both.  But it seemed like something one doesn’t skip when one is in a world-famous bird-watching mecca.  The toucan looks surprisingly similar to the one on the Froot Loops box.  It is one of many birds we saw, all of which our host named in complicated Latin (of dubious accuracy) and we promptly renamed in something more interesting like “helicopter bird” (the air thrums like a helicopter as it flies over) and “V-tails” (whose tail shape is likely self-evident).  I continue to feel that I have no future in bird-watching. 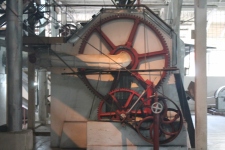 We toured a coffee plant built in 1892, still using its original machinery powered by the river.  Now we know almost as much about the coffee-making process as the wine and beer-making processes, except that the tour was in Spanish and I translated it for the non-Spanish-speakers which made me feel quite badass, despite the massive omissions in my version:

Guide talks for three minutes.  I translate: “The beans come in here, the skin stuff gets washed off by that thingy and then it all goes out that tube for something that sounds like drying off.” 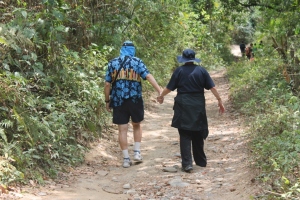 Eric’s parents were tremendously good sports throughout all of this adventure.  Nothing in this region is flat or level — not sidewalks, not hostel floors, not a single pathway.  Everything requires stepping up or down or over or around.  They were troopers, even when our host convinced Dave that he’d be fine on the river walk, that he’d find a route that didn’t require him clambering over boulders.  The next thing we knew, Dave was laughingly sliding on his butt down rocks into waist-deep pools.  We have assured them that next weekend’s adventure to Cartegena promises much more civilized activities.  And hot showers. 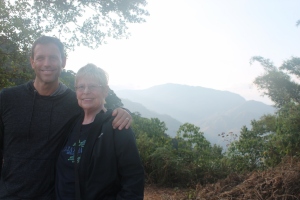 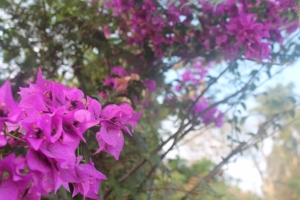